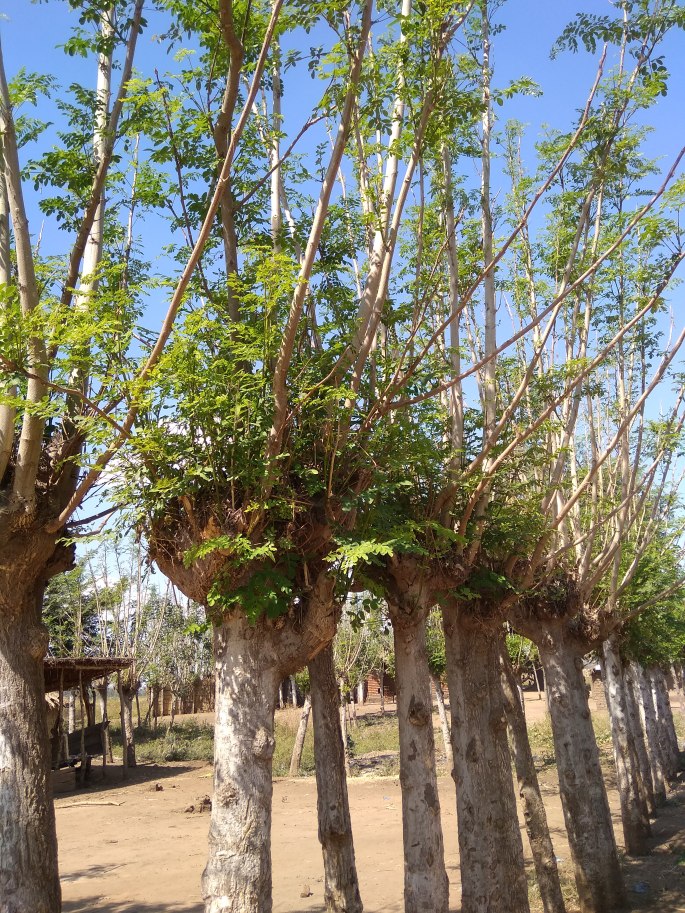 Moringa Oleifera  is a drought-resistant tree that grows in  Asian and some African countries . In Several parts of the World , its also known as Horse Radish tree,  Drumstick tree , the Tree of Life , Miracle Tree,  Ben Oil Tree , Zogale and Sahijan.

In Africa, it is known by several names  such as  Mlonge , Mulinga, and Moringa  . In Malawi , its known by six names depending  on the area. Its mainly known as Chammwamba , kangaluche , sangowa  and therere. Recently mulinga and moringa is now  becoming  popular among Malawi against the local names.

How did this Tree of life eventually found its roots on the soils of  Malawi ?

Several hundreds of years ago , the tree was brought in by Asians who settled mainly along  the shores of the Lake Malawi. It is not surprising that the tree is mainly found  along the lakeshores of Nkhatabay , Nkhotakota , Salima , Dedza and Mangochi. It further spread along  the Shire river in Chikhwawa , and Nsanje. The miracle tree flourishes in this area due to high temperatures prevalent in these areas.

The Asians planted the Ben Oil tree along  the boundaries of their compounds locally commonly known as cottages . They mainly ate its fruit especially , young tender ones. The locals liked the tree because it was easily propagated through stems then they too planted them along the boundaries of their compounds and ate the leaves as relish , commonly known as therere.

Between 1995 and early 2000, moringa in Malawi was promoted by mainly Non Governmental Organization for its  nutritional and  health benefits . This is because of its high content of proteins , carbohydrates , vitamins , minerals  and anti oxidants. Despite being scientifically proven as a power food, it is traditionaly believed to treat  several ailments including hypertension, diabetes, cancer,asthma , regulating cholesterol levels and more.

In Africa , its cultivation and  consumption is now being  promoted by a pan-african  not-for-profit organisation called AMH NGO , with its headquarters in Ghana. AMH stands for Africa Moringa Hub. The promotion is  being  implemented under the slogan ‘’ Eat and plant Moringa !

Moringa Oil has been widely used in several cosmetic products due to its enomous benefits. It has about 70% Oleic acid , almost the same level as Oleic acid  content of  Olive Oil. It also has Vitamin E . It moisturises , smoothes and hydrates skin hence making radiant . It promotes hair and nail growth. It removes and prevents dandruff.